The 5th & Hill Neighborhood Rights Campaign believes that this ordinance is bad environmental policy and needs to be repealed. On Tuesday, September 27, 2011, the Champaign City Council held a study session on the ordinance. Read below for an update on this important issue.

On behalf of all of us at Champaign County Health Care Consumers and the 5th & Hill Neighborhood Rights Campaign, I want to extend a big thank you to all of you who took action in the effort to try to repeal the City of Champaign’s 2007 Groundwater Ordinance.

So many of you contacted the City Council members by phone or e-mail, and came out to show your support at this past Tuesday’s City Council Study Session. We are deeply grateful for your activism on this issue, and disappointed to have to tell you that the Council voted in a straw poll to keep the ordinance as is.

Here is the link to News-Gazette coverage of the Study Session:
http://www.news-gazette.com/news/environment/2011-09-27/champaign-council-leaves-groundwater-ordinance-alone.html

Please read below for more information.

After lengthy discussion, the Champaign City Council voted in a straw poll to keep the city-wide Groundwater Ordinance as is, without any changes. The City Council also voted to create a new requirement to add transparency and notification when a polluter (or company responsible for cleaning
pollution) chooses to use the Ordinance in its remediation plan. The exact language of the City Staff recommendation that the Council voted to support (with the exception of Tom Bruno) is as follows:

“Recommended Action: Direct staff to maintain the current groundwater restriction ordinance as enacted June 5, 2007, and to add transparency to the ordinance by adding a City requirement for public notification of the intent to utilize the groundwater ordinance.”

Tom Bruno is the only Council member who voted against keeping the ordinance as is, and he made a great statement prior to the vote.

All Council members who spoke prior to their vote (except the Mayor) seemed to really struggle about whether to repeal the ordinance or not. The argument that seemed to carry the day (we vehemently disagree with this
argument) is that the 2007 Groundwater Ordinance promotes clean-up of toxic properties, and without it, companies may not choose to do any clean-up.

DOES THE 2007 GROUNDWATER ORDINANCE PROMOTE CLEAN-UP OF TOXIC CONTAMINATION?

In fact, the argument that the 2007 Groundwater Ordinance promotes clean-up and repealing it would decrease clean-up, is verifiable and can be empirically researched.

One would simply have to do research to determine whether toxic contaminated properties HAD been cleaned up and remediated in Champaign, prior to the existence of the 2007 Groundwater Ordinance (the answer is YES).

In addition, one could do research to see if, since the passage of the
2007 Groundwater Ordinance, some of the most notorious and long-standing, highly contaminated properties in Champaign are moving toward clean-up (the answer is NO).

Unfortunately, the City Staff did not present comprehensive research on the question of whether the Groundwater Ordinance does in fact promote clean-up that would otherwise not happen. But, of course, that argument was also promoted by the 6 corporate representatives of the properties that benefitted from the use of the 2007 Groundwater Ordinance.

Also, it is important to know that under state and federal environmental regulations, if toxic contamination IS identified or known to exist, if it exceeds state standards, it MUST be addressed somehow. Corporations are given the opportunity to address it “voluntarily” by entering into the IL EPA’s Voluntary Site Remediation program, as opposed to being forced to do it.

Regardless, this is the argument that carried the day so that the 2007 Groundwater Ordinance was not repealed.

OUR RESPONSE AND NEXT STEPS:

Clearly, we are disappointed. We delivered over 1,000 petition signatures calling for the repeal of the ordinance. The City Council members all received numerous phone calls and e-mail. Residents of the 5th & Hill neighborhood passionately pleaded their case and have been patient and dedicated throughout this part of the struggle. So, we are disappointed that the City of Champaign has chosen to keep this bad environmental policy on its books.

But disappointed is not defeated.

We are meeting with residents next week to determine next steps in the Campaign, and I promise that we will keep you all posted on our upcoming activities and let you know how you can help.

Some of you may have seen the City Council Study Session and heard Mayor Don Gerard’s comments at the end of the discussion prior to the straw poll vote.

Unfortunately, the Mayor chose to use his comment time to make critical statements about CCHCC, rather than to address the immediate issue at hand or express concern or support for the affected residents. The Mayor’s comments were disappointing, but more importantly, they were factually incorrect.

CCHCC will address our concerns to the Mayor directly, and present him with the factual information about the issues that he raised. However, one issue deserves to be addressed here, to CCHCC supporters:

The Mayor suggested that CCHCC had undermined our 5th & Hill cause because we didn’t have our facts right and because we have never presented hard data showing that residents’ properties are affected by the contamination.
The Mayor stated that our evidence is “anecdotal” and “vague.”

In fact, the Mayor has been personally presented with data and reports from the homes that have been tested by our environmental consultants. City Staff have also received copies of these reports, every time we have new data.

We met with the Mayor shortly after his election, and handed him a packet of data and reports on the environmental tests of seven residents’ homes.
Furthermore, we have released these data publicly in press conferences, and provided electronic and hard copies to City staff.

However, in a good faith effort to collaborate with, and inform the Mayor, we have once again compiled a set of the test data and reports, and will deliver those to the Mayor’s office this afternoon, so that he can be disabused of the notion that our claims are “vague” and “anecdotal.”

Our commitment remains to the residents of the 5th & Hill neighborhood in their pursuit of justice and a better, cleaner, safer environment where they live. They have conducted themselves with dignity, integrity, and in the interest of the greater good.

We will continue to move forward with this Campaign and will welcome the good faith collaboration and assistance from the Mayor, the City of Champaign, and any other individual or entity who wants to join with us in this just cause.

THANK YOU FOR YOUR SUPPORT, AND STAY TUNED!

Once again, on behalf of CCHCC and the 5th & Hill Neighborhood Rights Campaign, I thank you for your support and involvement in this issue.

With gratitude and best wishes, 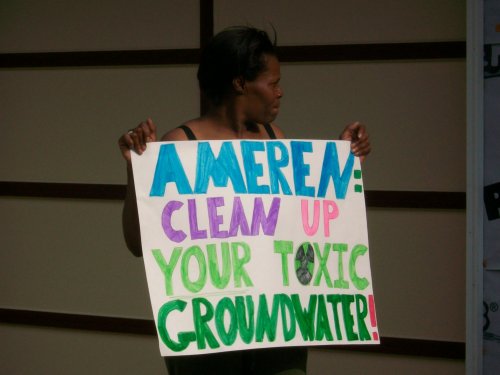