In the summer of 2011, the City of Champaign began excavation on a clay pipe next to the Boneyard Creek. The pipe is believed to lead from the former manufactured gas plant, located at 5th & Hill Streets in Champaign about 5 blocks away, and is thought to have been used to discharge waste materials from the plant into the Boneyard Creek. Although the pipe has been unused for many years, toxic materials still remain in and around the pipe, potentially continuing to discharge waste into the Boneyard, affecting Champaign, Urbana, and beyond. The soil and other materials around the pipe have been tested by the 5th & Hill Neighborhood Rights Campaign’s environmental experts, and have come back positive for volatile organic compounds and polycyclic aromatic hydrocarbons, both of which have been know to be carcinogenic.

The City of Champaign’s work to excavate the century-old toxic clay pipe at the Boneyard Creek is in response to CCHCC’s Notice of Intent to Sue, filed in February 2011. CCHCC filed the Notice of Intent to Sue letter with the City of Champaign, under the federal Clean Water Act, stating that the toxic pipe is on City property and therefore the City is responsible for taking corrective action to stop any discharges from the pipe into Boneyard Creek.

5th & Hill Neighborhood Rights Campaign applauds the City of Champaign for finally taking action to reduce the threat of exposure to toxic materials by ensuring that the pipe can no longer discharge waste into the Boneyard Creek. The 5th & Hill Neighborhood Rights Campaign is now turning it’s attention to the Illinois Environmental Protection Agency, demanding a full investigation and clean-up of the reminder of the pipe.

Learn about the history of the pipe, test results for toxic chemicals at the pipe, and more here.

Read about Phase 1 of the pipe excavation here.

Read about Phase 2 of the pipe excavation here. 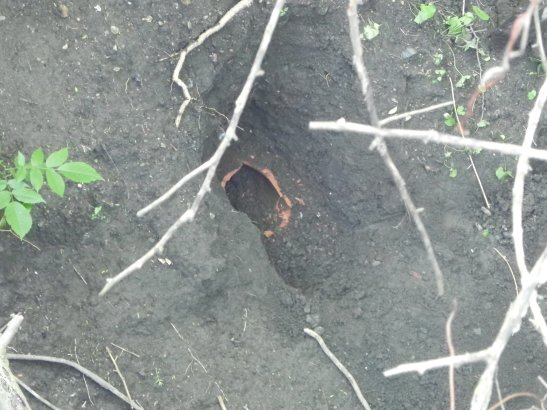