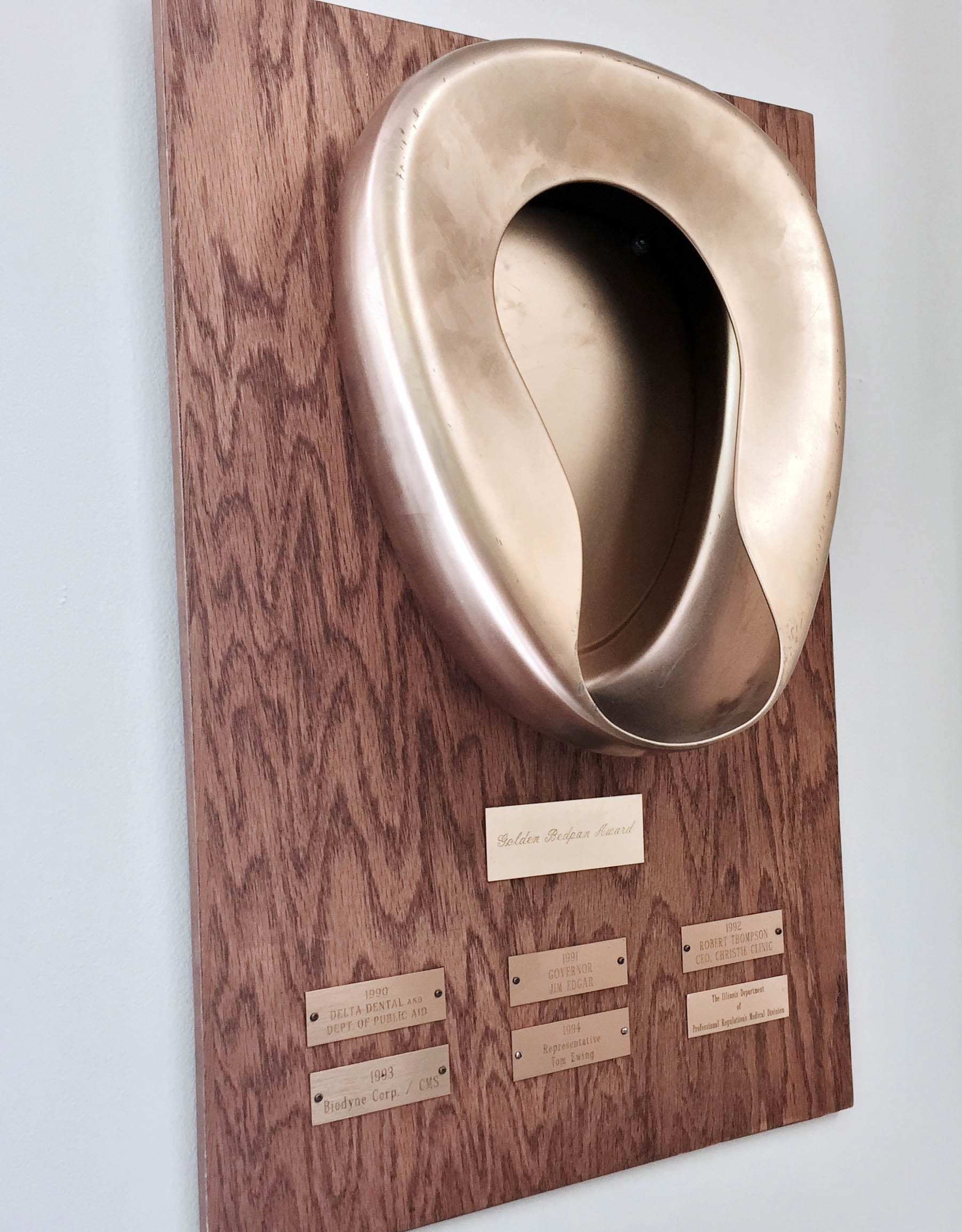 Come one, come all! The Champaign County Health Care Consumers (CCHCC) staff and Board are excited to announce this year’s CONTENDERS for CCHCC’s Golden Bedpan Dis-service Award.  The Golden Bedpan Award recipient will be announced at CCHCC’s Annual Awards Dinner on Friday, April 28, 2017.

Every year,CCHCC awards the Golden Bedpan to the individual, or group of individuals,corporation, or political body that has distinguished itself, above all others,by its attack on the health and welfare of the people of its community.

Unfortunately,once again, the CCHCC Board and staff felt that there were too many “good”contenders for us to pick one. So we are asking you – our supporters – to cast your votes to determine who will ultimately win the Golden Bedpan Award! 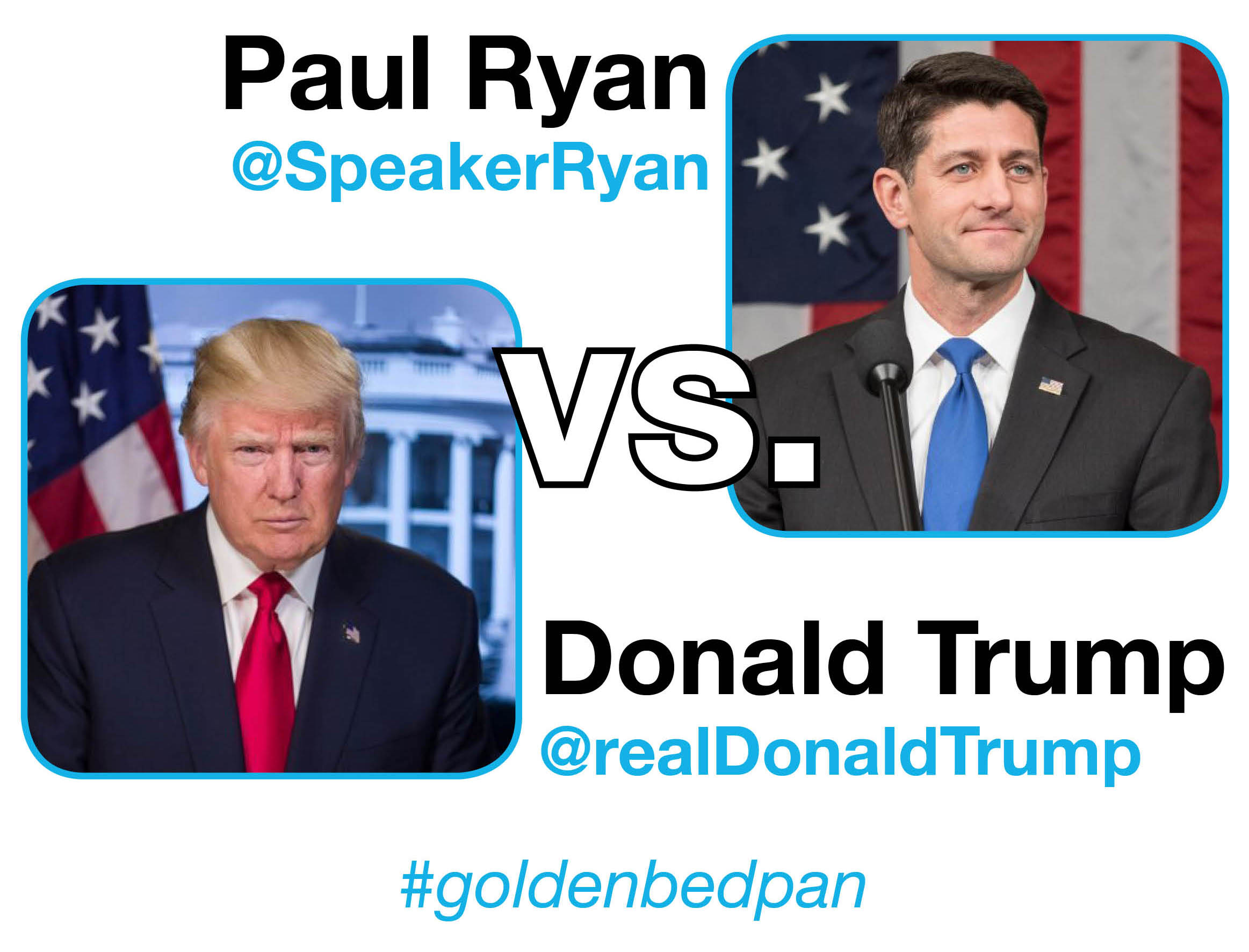 In one corner, we have Speaker Paul Ryan, a Wisconsin native who was able to go to college in large part because of the Social Security survivor’s benefit he received. Ryan was first elected to the U.S. House of Representatives in 1998 where he began his tireless crusade of cutting social and health programs and attacking the poor. His efforts have doggedly focused on downsizing Social Security benefits, privatizing Medicare, and block granting Medicaid, which he has been dreaming of since he was “drinking at a keg.” Most recently, you might know him from his efforts to repeal the Affordable Care Act by stumping for passage of the American Health Care Act, which would have left over 24 million people without health insurance and ended Medicaid as we know it by block granting it. If you believe in protecting and strengthening the ACA, Medicaid, Medicare and Social Security, then Ryan is most deserving of your vote for Golden Bedpan!

In the other corner, we have President Donald J. Trump, a New York reality TV star, real estate developer,and relative newcomer to politics. Trump has broken records with his presidency- oldest, wealthiest, quickest lowest approval rating, and the first lacking any prior government or military experience. Trump has promised to repeal and replace the ACA with a plan that would give “insurance for everyone” and”reduce premiums” (which sounds very similar to a single payer plan), and yet he supported the American Health Care Act, which would have done the exact opposite. He also proposed a budget that would gut the EPA, since “what they do is a disgrace.” He does not believe climate change is real. His proposed budget would also gut Meals on Wheels,Sesame Street, and NPR – just to name a few, as well as every major department that deals with humans and the environment. If you believe in maintaining and improving health care, housing, transportation, labor standards, the environment, etc., as well as the integrity of the executive branch, then Trump is most deserving of your vote for Golden Bedpan!

And if that doesn’t help you makeup your mind, here’s what they say about each other! When Trump questioned the objectivity of a Hispanic judge, Ryan spoke out saying it’s “the textbook definition ofa racist comment.” He also removed Trump from a Wisconsin campaign event After audio leaked of Trump making highly offensive comments. Trump then made it clear that he thinks Ryan is a “weak and ineffective leader.”

Who is right?! You get to decide! And if you can’t decide, you can vote for both! Cast your vote now – no foreign interference guaranteed! 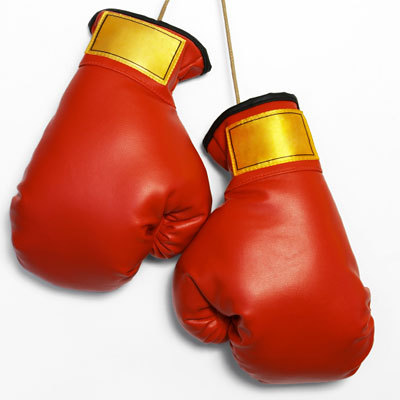