About the Namesakes Behind CCHCC’s Honorary Tables, Awards, and Funds

Champaign County Health Care Consumers (CCHCC) pays lasting tribute to special individuals who have distinguished themselves in service of our mission and dedication to social justice.  We honor those who have made extraordinary contributions by naming awards, honorary dinner tables, and special funds after these individuals. The Annual Awards Dinner highlights these namesake tributes.  Please read below for more information on the very special individuals whose contributions we memorialize.

David LeRoy Anderson (In memoriam – The David LeRoy Anderson Community Building Award)
Dave Anderson was CCHCC’s door canvasser for 15 years, until his death in August 2001. Dave was an intelligent, funny, compassionate, kind, sincere and charming man, who committed the last 15 years of his life to working to support social justice in health care.  He went door-to-door all over the County, talking with people in their homes, telling them about CCHCC and the latest health care issues, asking about the health care issues they were facing, and asking them to give money to support CCHCC.  He is legendary among community organizers throughout Illinois for his excellence as a canvasser.  Dave loved this challenging position, and his efforts resulted in thousands of people joining CCHCC as members.  The David Leroy Anderson Community Building Award honors members of the community who have lovingly dedicated themselves to building a movement and a community that will fight for what’s right.

Harry J. Baker (In memoriam – The Harry J. Baker Community Service Award, and honorary table)
Harry J. Baker was a pharmacist who operated the Baker Illini Pharmacy, on the corner of First and University in Champaign. Harry dedicated himself to years of humanitarian service to the community as a pharmacist by making sure that low-income people had affordable access to needed prescriptions. Harry provided medications free to Frances Nelson Community Health Center patients who would otherwise have gone without their prescription medications. He volunteered to be the first pharmacist to participate in the Medicare 100/Plus programs in 1985, with a signed agreement to provide prescription drugs at discounted prices. His actions inspired other pharmacists to participate. The Harry J. Baker Community Service Award honors those who distinguish themselves in public service to the community, and to low-income people in particular.

Henrietta DeBoer (In memoriam – The Henrietta DeBoer Volunteer of the Year Award)
Henriette DeBoer was one of the founding members of Champaign County Health Care Consumers. Prior to helping found Health Care Consumers, Henrietta had been an activist in various civil rights struggles in the 1960s and 1970s, including fair housing struggles. She was already in her senior years when she joined in the founding of CCHCC, and she served as a CCHCC Board member, and was an active volunteer in CCHCC’s struggle to force the local Health System Agency (HSA) to broaden its representation of women, minorities and rural residents. Henrietta was also among the early supporters of the local Planned Parenthood, and one of the founders of A Woman’s Fund.  The Henrietta DeBoer Volunteer of the Year Award honors those individuals who have distinguished themselves as volunteers in dedication and service to CCHCC and its mission.

Mike Doyle (The Mike Doyle Activist of the Year Award) 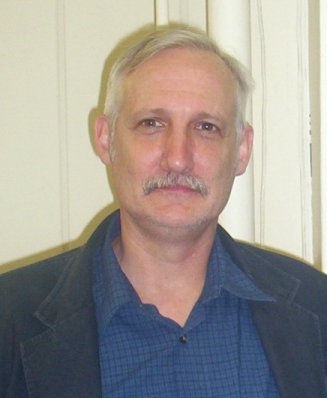 Mike Doyle is the founder and former Executive Director of the Champaign County Health Care Consumers. He started CCHCC as a result of a class project in 1977. Mike served as CCHCC’s Executive Director from 1977 to 1982, and from 1986 to 1993; and since then, served on the CCHCC Board of Directors for almost 10 years. During his tenure at CCHCC, Mike led the organization in dozens of local issue campaigns aimed at eliminating policies that discriminate against the poor, opposing unnecessary capital expansion plans, and protecting consumer rights.  He also led efforts to develop and implement a variety of community-based programs including the Consumer Health Hotline, and the Medicare 100/Plus programs.  Mike has spent the past 30 years as a community organizer working with citizen groups and grassroots organizations on a wide range of issues, including access to affordable health care, skyrocketing utility rates, housing and neighborhood preservation, and toxic waste and the environment and has helped found a number of other community and issue based organizations along the way.  The Mike Doyle Activist of the Year Award honors activists who have grown as leaders and demonstrated real belief in the power of collective action and dedication to community organizing as a means of social change.

Elsie Field (In memoriam – The Elsie Field Provider of the Year Award)
Elsie Field was one of the founders, in 1940, of Planned Parenthood in Champaign County (now Planned Parenthood of East Central Illinois). She was a staff physician at Planned Parenthood for many years.   She strongly advocated for women’s reproductive choices, including access to birth control (which was a very controversial issue in 1940) and later, legalized abortion.   She also understood that many women – especially low-income women, rely on reproductive health services as their only health care. Planned Parenthood was, and continues to be, the primary health care provider for many low-income women.   In the 1970’s, Elsie Field was still active in the pro-choice movement and in supporting CCHCC’s women’s health campaigns.  Dedicated and active to the end, when she was in the hospital, in the finals days of her life, she had a sign-up for a pro-choice ad (for the anniversary of Roe v Wade) that she asked each of her visitors to sign.  The Elsie Field Provider of the Year Award honors an individual or organization that has made a distinctive positive impact within the health care system, especially in ensuring access to quality health care for all, and in advocating for consumer rights and needs in health care.

John Lee Johnson (In memoriam – The John Lee Johnson Social Justice Award)
John Lee Johnson, best known as an outspoken civil rights leader, was a part of CCHCC from its earliest years, until his death in March, 2006. As a CCHCC Organizer, John Lee helped organize some of CCHCC’s most powerful and formative campaigns and victories, including forcing local hospitals to meet Hill-Burton charity care obligations, ending Medicaid discrimination at local Clinics, and filing an Office of Civil Rights complaint against Carle Clinic.  John Lee’s devout commitment to social justice and to the people of Champaign County is evident in his life’s work which included being a community activist and civil rights leader, working for social justice in comprehensive health care access, leading the local fulfillment of Community Reinvestment obligations of banks, advocating for fair housing, and education, as well as many other issues.  John Lee’s strong voice demanded that the powerful make room at the table for us all. The John Lee Johnson Social Justice Award honors individuals who have devoted themselves to working for civil rights and social justice. 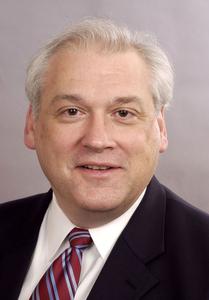 Bob Kirchner is a local attorney practicing in his own law firm in Champaign. Bob served as CCHCC’s attorney from 1999 to 2005, providing his services pro bono, in the legal struggle to save the Medicare 100 and Plus programs after Provena Covenant Medical Center terminated the then 15 year old programs without warning or explanation, leaving 1100 low-income seniors without affordable access to health care. Bob provided his legal services selflessly and on a seemingly endless basis in this struggle for justice. When Provena Covenant Medical Center changed leadership and was ready to re-negotiate the reinstatement of the programs, Bob continued to provide his invaluable legal services. Without Bob’s legal work, CCHCC would not have been able to sustain a six year long struggle, to its victorious conclusion. The Robert G. Kirchner Legal Justice Award honors attorneys and law students who use their legal skills in the pursuit of justice. 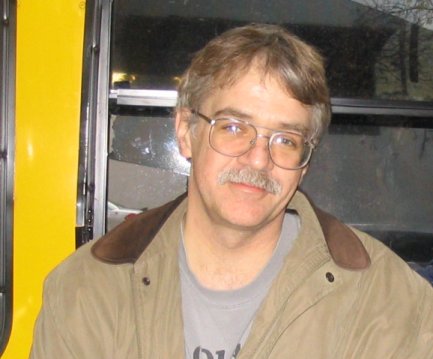 Bill Mueller joined the staff of CCHCC in 1997, where he worked as both a community Organizer as well as the Coordinator of CCHCC’s Consumer Health Hotline and Dental Referral Program until his death in March, 2006.  As the Coordinator of the Hotline and Dental Referral Program, Bill worked one-on-one with thousands of clients to get them the health care they needed. Bill’s greatest impact, however, was as a Community Organizer. As a CCHCC Organizer, Bill worked on many campaigns and issues over the years, including Public Health, Dialysis Patients Rights, Medical Billing and Medical Debt, the Dental Access Working Group, and the Disability Rights Task Force.  Bill’s hard work and dedication to social justice was matched only by his razor sharp wit. His humor, peaceful and gentle manner, and unwavering commitment were what people most loved about Bill.  CCHCC can think of no higher form of tribute to Bill Mueller than to dedicate the Sustaining Fund to honor him and his love for CCHCC.  Bill was always concerned about, and committed to the long-term sustainability of CCHCC to ensure the organization could continue to carry out its mission for decades to come. Donors wishing to contribute toward CCHCC’s long-term sustainability may make contributions to the William Mueller Sustaining Fund.

Aimee Olson (In memoriam – The Aimee Olson Advocate of the Year Award)
Aimee Olson was a CCHCC Advocate and U of I undergraduate who died tragically in a car accident. This award was established to honor Aimee in 1998, shortly after her death. Aimee was an excellent advocate – dedicated and reliable, compassionate and tenacious, and always on the side of justice for consumers. Aimee’s impact reached beyond that which she had on her clients – she had a tremendous impact on those who worked with her at CCHCC. She helped and taught other advocates, and the Hotline Coordinator could always count on Aimee for anything. Aimee was bright, responsible, and full of promise.  The Aimee Olson Advocate of the Year Award honors Hotline advocates who distinguish themselves in service to consumers and to CCHCC through their work on the Consumer Health Hotline. 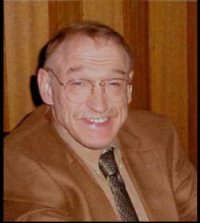 Lester T. Pritchard was an outspoken activist, brilliant organizer and dedicated social justice advocate. He was a nationally-renowned disability rights activist who taught us that disability rights are civil rights. Lester joined the CCHCC Board of Directors in 1997. Along with his wife Barbara Pritchard, Lester was an active member of the Medical Billing Task Force.  This task force evolved into the Medical Debt Coalition and worked tirelessly to change our local non-profit hospitals’ medical debt collection practices.  Lester served on the committee that started meeting with hospital administrators and staff for the specific purpose of changing these policies. Lester was also a founding member of CCHCC’s Health Care Access Task Force and Disability Rights Task Force.  Lester’s dedication to disability rights and the belief that grassroots direct action community organizing is the best way to advance a struggle, led him and his wife to form the Campaign for Real Choice in Illinois.  Lester’s brilliance and humor supported CCHCC in unfathomable ways and he will be forever missed. The Citizen Leadership Award was dedicated in Lester’s name after his death in 2010. The Lester T. Pritchard Citizen Leadership Award honors individual activists who use participatory democracy to advocate for justice, and who help others do the same.

Mary Louise White (In memoriam – The Mary Louise White honorary table)
Mary Louise White was a dynamic and energetic activist and organizer. She was already in her senior years when she joined staff as a VISTA Volunteer organizer with CCHCC.  Louise helped lead the organizing efforts of CCHCC’s Senior Citizen Task Force in 1983, when the Task Force entered into discussions with Burnham City Hospital to discuss possible solutions to problems of high medical expenses for seniors and other Medicare beneficiaries. From these efforts, Louise helped to organize the Medicare 100/Plus Programs. Louise was active with CCHCC for many years on many campaigns, and in 1990, she was honored with CCHCC’s Lifetime Achievement Award.