CCHCC’s Community Meeting on National Health Reform on Thursday, September 10, 2009 was a huge success, with nearly 150 local residents in attendance. The room at the Champaign Public Library where the meeting was held was filled to capacity! The community received an honest analysis of the health reform legislation being proposed, and speakers, including Dr. Anne Scheetz from Physicians for a National Health Program and Al Mytty, Director of Payer Contracting with Carle Foundation Hospital, were great! 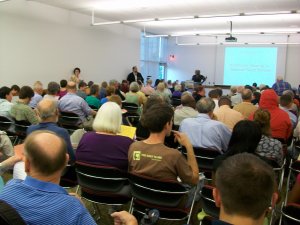 A packed meeting room! Over 140 community members showed up to hear about national health care reform. 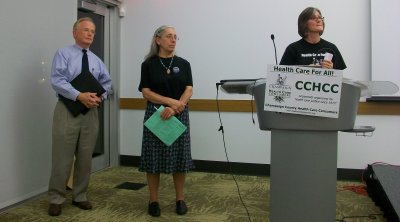 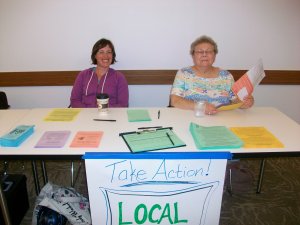 Volunteers staff the Take Action Tables at the meeting. 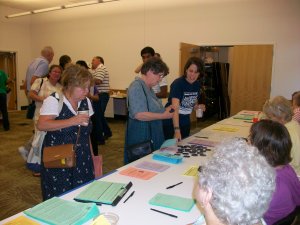