On Friday, June 26, 2009 at 10:30 a.m., Champaign County Health Care Consumers (CCHCC) held a press conference in front of Rep. Tim Johnson’s office to launch a local Campaign for National Health Care Reform.  CCHCC released its principles for health care reform and presented these to Rep. Johnson. The principles will guide CCHCC’s advocacy efforts and can be used by the public to evaluate health reform proposals.

CCHCC representatives and affected health care consumers spoke out and called on members of Congress from Illinois and around the nation to enact real health care reform now. CCHCC unveiled its plans for an intensive health reform campaign and ways that local community members can get involved and take action throughout the summer in order to advocate for real health reform.

The purpose of the campaign is to provide opportunities for local consumers to have a voice in national health care reform.

CCHCC’s health reform campaign held its first event on Saturday, June 27 at the Urbana Farmer’s Market to coincide with the National Health Care Day of Service being organized by President Obama. 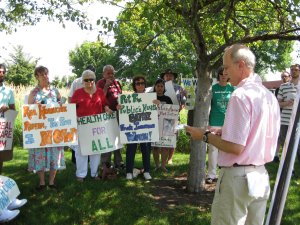 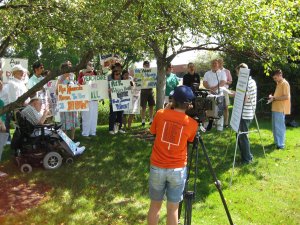 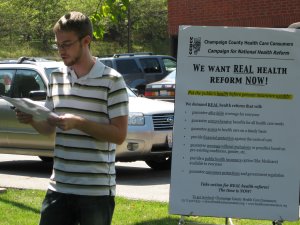 News coverage of the press conference: