More than ever, Champaign County Health Care Consumers (CCHCC) needs your help and support to protect drinking water in Central Illinois from toxic contamination. As unbelievable and irresponsible as it seems, drinking water for more than 750,000 residents in 14 counties in Central Illinois is under threat of contamination from toxic chemicals because of the greed of a single corporation. PDC/AREA Disposal owns the Clinton Landfill and its toxic waste dump, which sits above the Mahomet Aquifer.

Recently, thanks in large part to citizen involvement and local government action, there have been important victories in the effort to protect the Aquifer from chemical waste at the Clinton Landfill. But the victories are temporary stays, and more action is needed to create a permanent solution to protect our Aquifer. 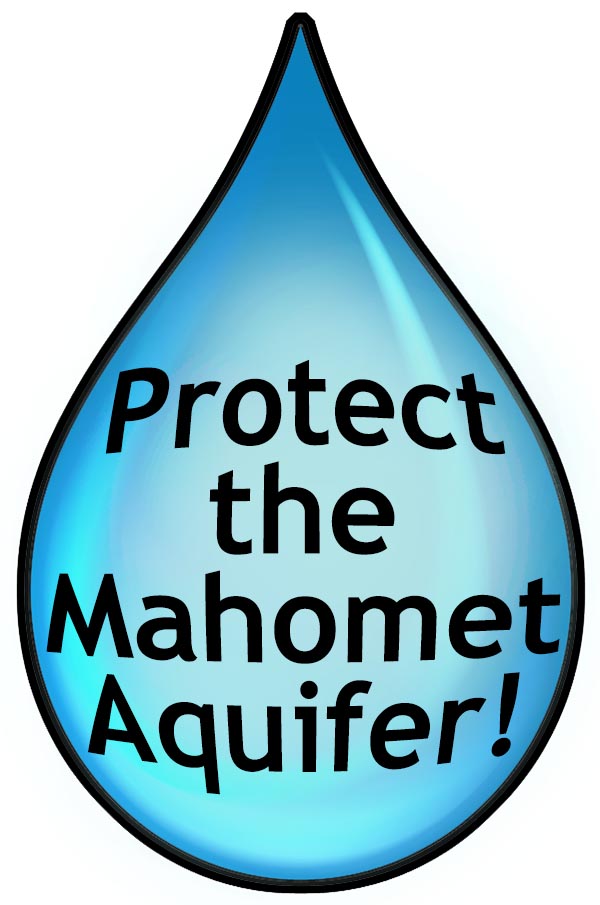 Despite our recent victories to halt toxic chemical dumping at the landfill, the owners of the Clinton Landfill are still planning to fight for and seek the necessary permits to allow dumping of Manufactured Gas Plant (MGP) waste, polychlorinated biphenyl (PCB) waste, and other toxic chemical waste in their Landfill. And the decision to issue these permits starts with the DeWitt County Board – unless we can create a state solution to permanently protect our Aquifer.

Central Illinois residents must continue to fight to protect the Mahomet Aquifer from irreversible contamination from toxic chemicals allowed in the Clinton Landfill’s toxic waste dump.

The effort to permanently protect the Mahomet Aquifer will have to take place on several fronts – from pressuring the DeWitt County Board, to pressuring the Governor, state legislators, and state agencies to do the right thing. A big part of the effort will also have to focus on raising awareness among residents of Central Illinois so that they can learn what’s at stake and join the effort to protect the Mahomet Aquifer.

Read on for more information and to learn what you can do to help. Also, check out our new bumper stickers so you can help spread the word about protecting our Aquifer!

About the Mahomet Aquifer 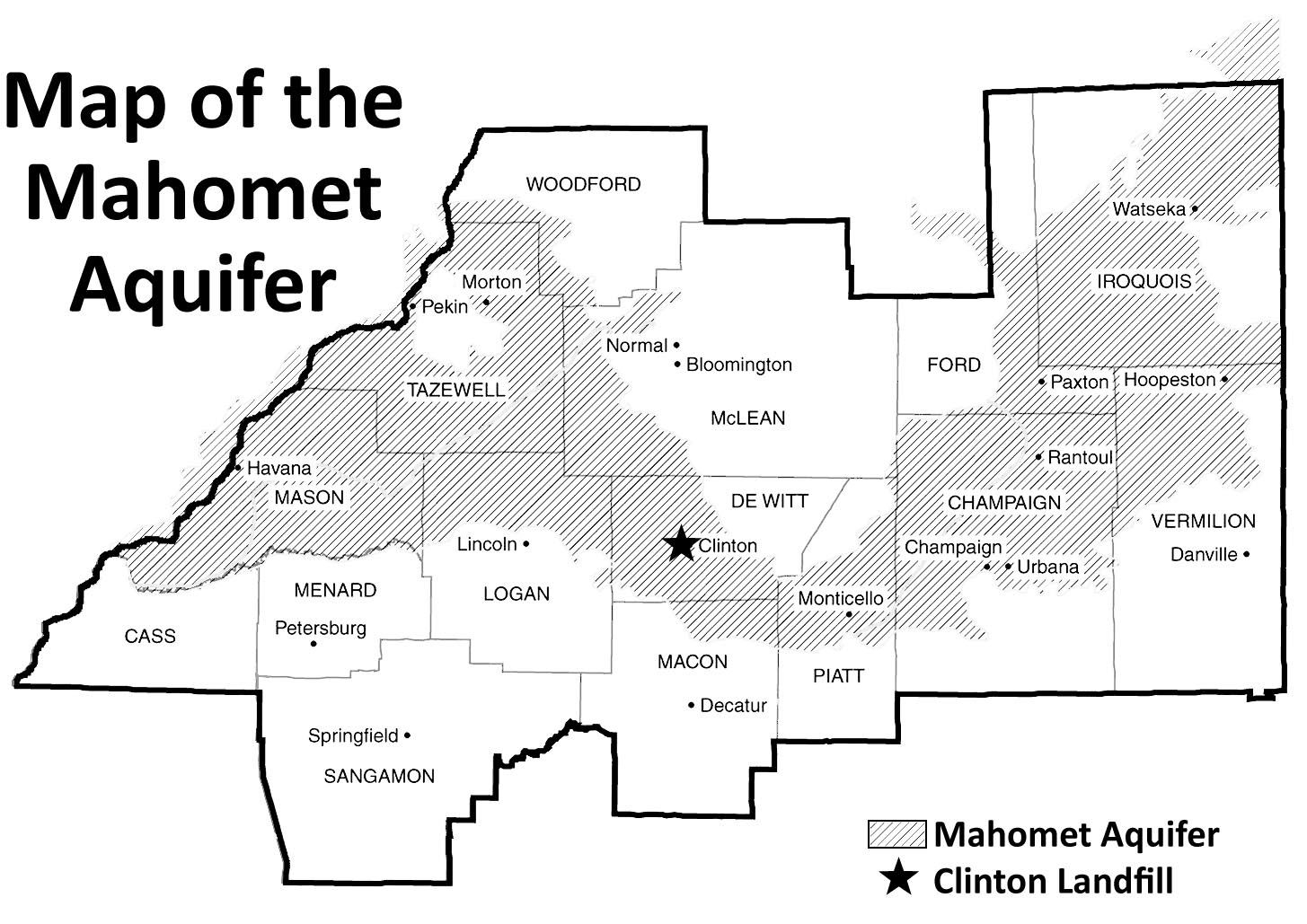 Now, recent actions by Illinois Governor Pat Quinn and the IL EPA have resulted in temporary bans to the dumping of MGP and PCB waste.

A chain-reaction of important victories in the effort to prevent toxic waste from being dumped at the Clinton Landfill took place this July and August, as a result of actions by citizens and local governments who called on Illinois Governor Pat Quinn to take action.

But these victories – as important as they are – are temporary, and the Clinton Landfill owners plan to continue to pursue the necessary permits to allow dumping of toxic Chemical Waste. In fact, Clinton Landfill currently retains the permit and designation to receive Chemical Waste – it simply lacks the permits for the specific MGP and PCB wastes. This must be changed.

Despite these important victories, PDC/AREA Disposal, the owner of the Clinton Landfill, still intends to pursue plans for a Chemical Waste landfill. Currently, Illinois law does not prohibit the creation of these landfills above our aquifers. In fact, the law is written in such a way that the Clinton Landfill owners simply have to go back to the DeWitt County Board to seek proper approval for siting this Chemical Waste landfill.

In other words, unless Illinois law is changed, the decision about whether a Chemical Waste landfill can exist above the Mahomet Aquifer comes down to the decisions made by a local unit of government – the DeWitt County Board.

We have to work on all fronts to protect the Mahomet Aquifer. You can help by taking these actions:

Bumper Stickers – a great way to help spread the word!

Thank you for your support!